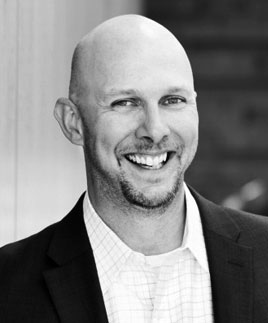 Michael Stebbins, PhD
Board Chair
President of Science Advisors
Back to Board of Directors

Michael Stebbins is the President of Science Advisors, a science and health consulting firm he founded in 2018 to provide science, technology, and public policy guidance to private companies, philanthropies, and non-profit organizations. He previously served as the Vice President of Science and Technology for the Laura and John Arnold Foundation where he was responsible for identifying and pursuing opportunities for philanthropic investment in Science and Technology. While at the Arnold Foundation he led initiatives that opened public access to data and publications created in the course of federally funded scientific research, and championed efforts in scientific reproducibility. His work at the Foundation addressed a broad set of critical issues including FDA policy on transparency, improving organ donation rates, leveraging the intellectual property sitting on shelves of universities and Federal agencies as well as opening access to scientific research publications and data.

Dr. Stebbins served as the Assistant Director for Biotechnology in the Obama White House Office of Science and Technology Policy. At the White House, he developed eight Executive Orders and other directives addressing issues ranging from the antibiotic resistance crisis to restoring pollinator health. His work led to broad changes in practice across the Federal government regarding the purchasing of bio-based products, improving veterans’ mental health, increasing access to federally funded scientific research publications and data, improving scientific reproducibility, evaluating and addressing the preferential purchasing of antibiotic free meats, reforming the regulatory system for biotechnology products, and improving the management of scientific collections.

Dr. Stebbins previously served as a science advisor to the Obama Presidential Campaign and on the Obama White House Transition Team. He is the former director of biology policy for the Federation of American Scientists (FAS) where he led their biosecurity project. His work at FAS led to changes in how agents are trained to interact with scientists at the FBI Training Academy at Quantico. His team developed the first tools to train scientists on dual-use research of concern. He co-founded, and served on the board of directors for, Scientists and Engineers for America, and served as President of Scientists and Engineers for America Action Fund. In addition, Dr. Stebbins worked as a legislative fellow for U.S. Senator Harry Reid and a public policy fellow for the National Human Genome Research Institute. He is a former adjunct professor of bioethics at the University of Pennsylvania. Before coming to Washington, he was a senior editor at Nature Genetics.

Dr. Stebbins serves on the National Academies of Science Board of Research Data and Infrastructure. He received his B.S. in biology at SUNY Stony Brook and his Ph.D. in genetics while working at Cold Spring Harbor Laboratory.